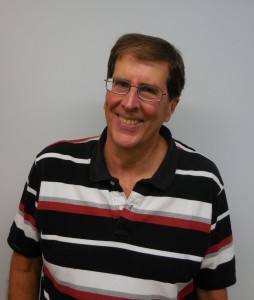 Rick Stevens recently retired after 43 years as a teacher and Assistant Director at The Londonderry School for over 40 years. Londonderry is a private, non-profit preschool, elementary and middle school operating in the Harrisburg area since 1971. He has taught piano lessons for over 30 years.

Rick also played in the local/regional bands Etosha and Oasis from 1980 to 1989. Oasis recorded and released their “Common Ground” album in 1985. He co-wrote 7 of the 11 tracks on the album. Rick also handled many of the booking and management responsibilities for the bands.

Out of his experiences performing locally, Rick developed the “Londonderry Kids’ Band” program in 1983 and has served as its program director ever since.The “Londonderry Kids’ Band” is a part of Londonderry’s regular music curriculum for the 5th through 8th grades. It requires all students, regardless of musical background to work together in a rock band format. Students choose songs, are taught the rudiments of an instrument for two songs and learn to work together to perform at an end of the year concert at the school. Rick is fond of saying, “It’s the Little League concept, applied to music.”

He has a passion for 20th and 21st Centuries’ music history and has taught a “Music History at Londonderry” course. He developed a web-based blog of the same name, in which his students regularly researched favorite musical artists and traced their influences backwards in time.

Rick is married to Randee Stevens. They have two adult children, Abby and Molly. Their border collie is named “Mercy” (as in Cannonball Adderley’s “Mercy, Mercy, Mercy!” and Marvin Gaye’s “Mercy, Mercy Me!”), reflecting his musical influences.

For further information about Immersed in Music or to contact Rick:

Due to current COVID-19 protocols,  Rick will be teaching on-line throughout the 2020-2021 school year.

Rick currently offers private, weekly, piano instruction to students ages 7 and above. Lessons are scheduled in half hour time blocks and are tailored to be at whatever level the student is currently operating.

Lesson fees are $80.00/month, given between September and June each year. Payments can be made by checks made payable to “Rick Stevens,” (mailed to 135 Florence Dr., Harrisburg, PA 17112) or through PayPal. Please note that a credit card processing fee is added for online payments. Payments can be made monthly or set up on a 9 month automatic schedule.


To pay in for one month at a time, click on the “Single Month Payment” button:


Please note that a credit card processing fee is added for online payments.

To pay in nine(9) monthly installments, click on the “Reoccurring Payment” button: