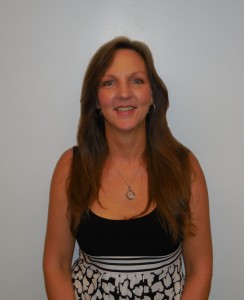 Born and raised in Kentucky, Habiba started driving her family crazy at a young age, listening to and singing songs over and over again, to learn them by ear and by heart.  She started guitar lessons at age 12, simply to accompany herself.  Voice was her true love.  So she listened to a wide variety of great musicians to learn rhythm, style, phrasing, and breath control.  By the age of 16, Habiba became a lead singer in her first band, expanding into the art of blending voices into chill-producing harmonies.  She also got involved in musical theater for a time.

For years thereafter, working with a music director and a group of about 30 rotating musicians, Habiba was given many opportunities to learn and sing various styles of music – Folk, Rock, Classical, Sacred, Pop, Country, R&B, Soul, Blues, Jazz…  Over the years, she performed with bands and ensembles in cabarets, coffeehouses, restaurants, taverns, and churches.  She assisted numerous people with planning their wedding ceremonies, and sang for their weddings and receptions.  Habiba has also been a guest artist on a number of CD’s, and produced a demo CD with her most recent band.

After years of traveling, Habiba landed in Harrisburg in 2010, along with her two sons, who were then 11 and almost 6.  Three years later, when the Immersed in Music program was starting, Habiba was excited to enroll her sons, and then thrilled to become one of the program staff.  Working with children and alternative forms of education have been other loves in her life, so this program combines it all.  Working closely with the other IIM staff members to provide a “real life” experiential education in music is a great joy!