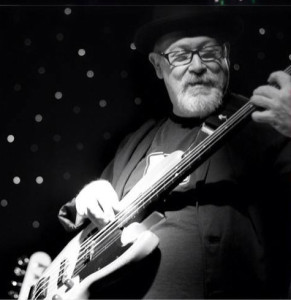 Jay is a long time east coast music and production veteran with 35 years in the trenches. He is perhaps best known as a bass player in area bands such as Everyday People, Rosey and the Naturals, Marissa Elise and the Groove, Switch FU, and the [SUM], as well as performing in the pit for the Bare Bones Theater Ensemble presentation of ”Hair.” He is also the founder, owner, and operator of Downtown Sound, a central PA based provider of production solutions, CD duplication, and design/build/repair services for educational, theatrical, and house of worship sound, video, and control installations.

In addition to his local clients, Jay has performed studio installation and noise/grounding consultation for facilities throughout the northeast, as well as providing sound design, recording, mixing, mastering, and production oversight for numerous movies, videos, and musical projects. He composed, performed, and recorded music for HACC’s Theater for Young People production of “James and the Giant Peach.” Jay is also on staff at Progressive Enterprises Sound Studios in Elizabethtown as a producer and recording engineer. Encounters with the famous or nearly famous, mostly in the repair realm, have led to a dinner with Les Paul and Chet Atkins, a mutual glucose check with B B King while Lucille was disassembled on the bench, pizza with Steve Miller – this list dribbles on for way too long.

Jay is a valued educator at Harrisburg University and Harrisburg Area Community College, where he has been an Adjunct Professor for the past 22 years. With long time coworker, Joe Trojcak, he currently teaches the technology portion of HACC’s Music Business program, as well as Audio Production in the university’s Interactive Media Program. Jay’s students work with him at Downtown Sound and Progressive Studios, and too many to count interns and service learners have passed through his tutelage. He often hires them after their internship, continues to mentor them in audio and business, and after a few years sends them on their entrepreneurial way! As a trainer for several contractors and a few sound equipment manufacturers, Jay has presented his perception/physics-based intro to mixing, equipment operation, and production event management across the state and throughout the region.

On the production side, Jay has been involved in the creation of over 1,300 records. Many local and regional performers, composers, and bands have sought out Jay to oversee their projects in the studio. On either side of the glass, his boundless enthusiasm, calm demeanor, and professionality lead to a result that few could duplicate. He is currently in production or preproduction on several records, two with singer songwriters and three different bands. In 1991, Jay live recorded and mixed the Dead Air Blues Band album, which featured WTPA 93.5 radio personalities Coffey and the Jammer. That record was mastered by Sony and submitted for a Grammy nomination. (“It didn’t win!,” Jay says dryly!!)

Jay’s knowledge, experience, talent, and ability to connect with musicians and technicians of all ages makes him a wonderful addition to our staff!!