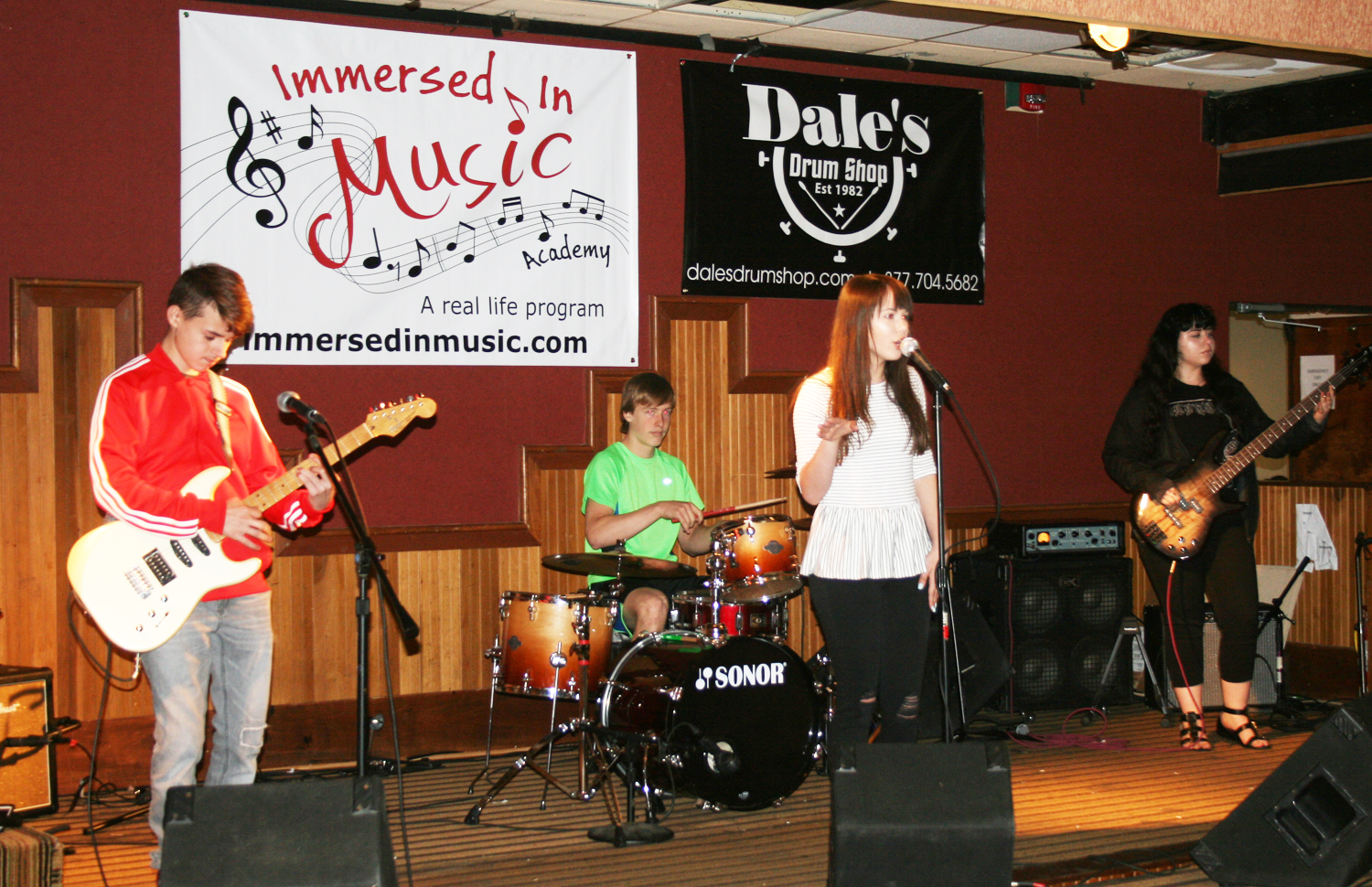 The primary goal of the Rockers program is to allow every child to succeed in a band environment. Through this experience, each student will learn communication in a one-to-one and a one-to-many setting, understand the different ways that musicians communicate, and have the tools to navigate effectively any musical discussion. Rockers students are taught how to learn and play music in a band environment, to listen critically, to explore music history, and to understand equipment set up, limits and possibilities.Once the Rockers bands have developed a catalogue of songs (approximately 3-6) and honed them to the best of the students’ abilities, arrangements are made to take them into a recording studio in order to experience studio protocols, mixing, recording techniques, and the roles of everyone in a studio. Rockers students select three of their songs to record in the studio, to be included on the year-end IIM compilation CD.More advanced Rockers students have the opportunity to take music business classes in which they learn how to arrange a booking, do promotion, and prepare their show. In this way, students learn the basics about the business and have a clearer understanding of what the music business is before making a commitment to enter into it in any capacity.

Students are grouped to the best of our ability with other musicians of like-minded abilities, attitudes, and musical preferences in order for them to succeed to their maximum potential. They have the opportunity to advance through the various Rockers levels from year to year based on the progress they make during the previous year. Rockers students eventually reach a crossroads at which point they choose to concentrate on either being a band that writes their own original music or being a “cover” band. Original music bands will concentrate primarily on creating their own music and will develop a live show around these songs, with a few added as appropriate. Cover bands will focus on developing a dynamic live show, using material from their bandmates’ common musical interests. The year concludes with several public performances.

The program is open to any student who meets the necessary level of instrument proficiency, and demonstrates the skills appropriate for that level. They should own their instrument, transport it to and from sessions (if necessary), and be willing to practice regularly. At certain levels, they will also continue to work with their own private instructor (although this is not absolutely necessary as long as they are practicing regularly on their own).

Structure of the Course

The structure of the course varies from week to week. In a 2-hour session, the students will usually get together for up to 30-40 minutes of instruction that could include outlining the goals for the day, as well as a mini-lesson. At lower levels in beginning weeks, there is less playing and more learning so that the students will be able to communicate effectively and to develop an understanding of how each musician looks at and expresses music; the rest of the time will be spent with their band learning and rehearsing songs.

Students will be grouped homogeneously, as much as possible, in an attempt to give more able musicians a chance to play at a higher level and less able musicians the room (and lower stress opportunities) in which to grow. For bands from the previous year who want to remain as a unit, all attempts are made to give them the opportunity to stay together, possibly adding or substituting a new member as desired.

As the year unfolds, bands coalesce into more established units as preparation for recording and performance advances. As the students become more comfortable with the process of learning a song and with working together, the groups choose and rehearse additional songs.

The program begins with orientation, placements and evaluations early September of each year, and will conclude with several public performances in May and early June. Rehearsals will begin mid-September and operate once each week. Rehearsal times occur in 2-hour blocks on Mondays between 4:00 p.m. and 8:30 p,m., at a regularly scheduled time slot to be determined by the schedules of the band members.

Tuition for the year is $1,750 per student, payable in either a lump sum or split into 10 equal payments of $175, paid the first week of each month from September through June. There is a $150 materials fee due with your application, and new enrollees pay a one-time $25 application fee. Checks are to be made payable to “Immersed In Music.” Credit card payments can be made online through our website.